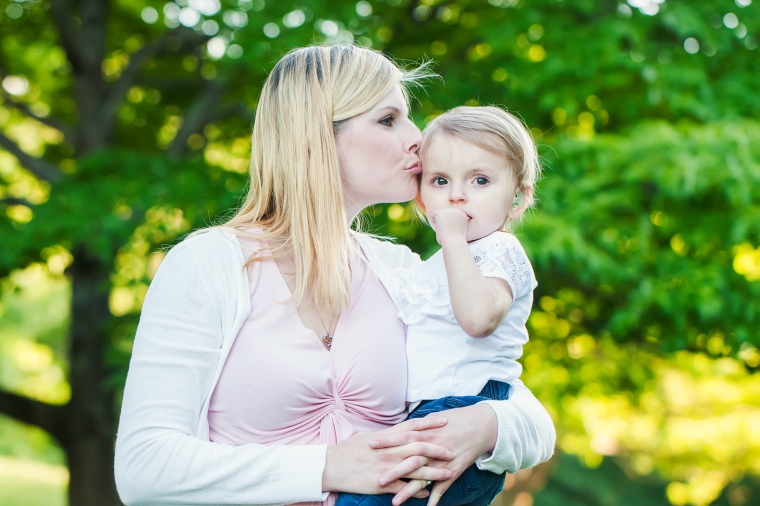 Tell us about your pregnancy loss(es).

After years of trying, my husband and I found out that the only way we were going to conceive was through IVF (In-Vitro Fertilization). We had 5 embryos growing our first cycle and transferred 2 of those embryos. We lost the other three embryos at what would equivocate to 3 weeks gestation. We were so excited when we found out the 2 embryos we transferred had both stuck. A ready made family all in one pregnancy. My pregnancy had progressed with what I thought to be minor issues and reassurances that it was only because I was carrying twins. Basically I was brushed off. Of course with carrying twins we had anticipated they would be born premature so we got as much ready for them in this case or if bed rest was necessary for me. Black Friday I was just having too many issues so I made some calls and after some prodding from the nurses we went to labor and delivery. I thought it would be a short trip but I was shocked to find myself in premature labor. I received two shots of Trebutaline and thought it had stopped. The plan was hospital bed rest as long as I could keep my twins baking. The next morning I woke up to active labor and the plans had then been changed. I thought they would be able to stop labor again but they didn’t even try. We were going to do a delayed interval delivery. Baby A, my son, was going to be born in an attempt to keep his sister baking. The day passed solemnly and labor progressed. I was checked on frequently. One hour I was fine, the next I was in septic shock and had to deliver. They asked if I was ready to push and it felt like the ultimate betrayal to say yes. I didn’t know what to expect. I was 21 weeks 3 days. It was just too early. They told me I might hear cries. They broke my water with my son and 5 pushes my Jack was born sleeping. I snatched him up and didn’t really understand what was going on when they broke my water for my baby girl, Alice. I had thought we were still going to do the delayed interval delivery but the infection changed that plan. It took 1 push and she came flying out. Unlike her brother, she was very much alive. She let out the feeblest cries and was passed between my husband and I, fighting for her life. She was rooting around in my arms. I was having trouble delivering the placenta so my husband held her. With his hand on her heart she fell asleep never to wake. We had them buried together in the family plot. It was almost immediately that we decided to try again.

We knew we wanted to give it another try but due to complications we had to wait 6 months. Our second IVF we again found ourselves with 5 embryos growing and planned to transfer 1. We managed to have 2 embryos survive and placed in cryo preservation for future use. We were very fortunate to have the one embryo be our take home baby but we lost 2 more untransferred embryos at 3 weeks. After the birth of our rainbow we started trying to conceive on our own knowing the chances of a pregnancy were just too low but we had decided to try anyways. After almost 2 years exactly, we found out we had somehow managed to get pregnant on our own. We were so excited but our happiness was short lived when I lost that baby at 5 weeks. In total we have lost 8 babies. 5 were embryos and most people don’t even count them as a pregnancy. I never carried them but they were still our babies.

What do you remember most about the initial stages of grief immediately following your loss? How did you feel? What were you thinking?

With my twins, I was in such a state of shock. I felt like someone had slapped me across the face and I was trying to figure out why and who did it or like I had been hit by a car and had knocked me in a completely different direction. Everything was different. The person I was going to be, the things I was going to do, the children I was going to raise all gone in the blink of an eye. I will never pick bugs and lizards out of Jack’s pockets when he comes in from playing. I will never brush Alice’s hair. Their future and mine was erased. All of our plans. Not to mention the twin mom club. Yes, there is an actual club for parents with twins. I have twins but I got “kicked” out of the twin mom club.

With my embryos, it wasn’t such a blow. I never got to carry them but I often wonder if I had transferred them, would they have done ok in the environment they should have been?

My latest lost has been very recent and I am still processing it. I had decided to be happy about the pregnancy and not worry. That was until I found out my pregnancy wasn’t viable. I woke up bleeding the day before my living child’s birthday and party. I had to be numb. I had to wait to grieve. I had to get through the party. I had to get through family visiting. I had to wait. Now it’s finally starting to hit, when I look in the mirror and think I really do look 4 months pregnant but I’m not. I should be but I’m not. I’m just here haunted by nightmares of losing another child and plagued with phantom kicks.

The pain of pregnancy loss doesn’t ever go away. The waves of grief seem to come and go throughout time. Do you have a story to share of a moment when grief hit you when you weren’t expecting it to?

It wasn’t too long after I lost my twins that I was diagnosed with PTSD. There have been so many times where I’m back in the church staring at that tiny white coffin. Sometimes I’m back in the delivery room, remembering things I had forgotten or analyzing what happened. The triggers seem to be never ending and almost always unexpected. I remember the first time we had decided to actually go out to eat, my husband and I were sitting in a booth without incident. We finished our meal and waited on the bill. Of course we had heard the large party behind us but paid little mind to it until one of the waitresses brought our attention to the 16th birthday of boy/girl twins and wanted the restaurant to join in with the celebration. My husband just handed me the keys to the car and told me to go. It’s always something or someone. The pain doesn’t go away because the loss doesn’t go away.

Approximately 1 in 4 women experience pregnancy loss. What would you like someone who has never experienced it to know?

Pregnancy loss is so common, more common than people care to admit. I realized that at least a third of my friends on Facebook have had a loss. For the ones that haven’t, I would really wish that they just be kind to us. A loss at any gestation is hurtful. It isn’t a blessing in disguise and we’re not better off. It hurts! There is nothing you can say really other than “I’m sorry for your loss,” give us a hug, see if there is anything you can help with like grocery shopping, or bring some food and a listening ear with a shoulder to cry on. It may be just a sad story to you, but to the parents who have lost, this is our lives. We cannot escape that. Also, when you ask how many kids someone has, don’t be shocked when you get a very real and unexpected response.

Back to The Stories